Muslims in Uganda upset with a father of four for converting to Christianity beat him and destroyed his home, and a week later a 52-year-old convert in a neighboring district also suffered injuries that left her unable to walk, sources said.

In Bulumba Sub-County, Kaliro District, 38-year-old Musa Wabwire was praying in his home on Sept. 9 when relatives and other Muslims arrived, he said. Noting his absence at Friday prayers, the mosque leader had sent an assistant who had secretly recorded video of Wabwire listening to a Christian radio program, Wabwire said.

“After hearing it, they all got annoyed and flooded into my home and asked me many questions, which I failed to answer,” said Wabwire, who had secretly put his faith in Christ while serving as treasurer for the mosque. “I only told them to take their money box, and that I be left with Christ, who was enough for me. They became so angry and started beating me up while shouting, ‘Kafir, Kafir [infidel]!’”

When he declined to renounce Christ, they flogged him 40 lashes with sticks, he said. Wabwire’s older brother, an imam in a nearby village, ordered the destruction of his crops and his living quarters on the homestead, he said.

“My belongings were thrown out in the rain and got all wet,” Wabwire said. “My brothers said that I should not be killed but instead leave the homestead.”

With his wife out of town visiting her ill mother, Wabwire left with some of his children, who had returned home by then, he said. He, his wife and children, ages 12, 10, 8 and 5, have taken refuge at a location undisclosed for security reasons.

In neighboring Kibuku District, Muslims in Bwikomba village attacked Shadia Namuzungu on Sept. 16, two days after she put her faith in Christ.

The 52-year-old mother had attended an evangelistic event on Sept. 14 in Kituti village, she said.

“I had been suffering from acute stomach pains for more than three years,” Namuzungu told Morning Star News. “I was prayed for, and the pain disappeared. After the meeting, I decided to see the pastor.”

He led her to faith in Christ, and she left with great joy and peace, Namuzungu said from her hospital bed. The imam from her mosque, Kaire Jamada, had seen her go forward for prayer at the evangelistic event, and he and other Muslims went to her home on Sept. 15, she said.

When the mosque leader questioned her about receiving prayer from the pastor, she told him she had received miraculous healing from Christ after a long illness and so had decided to follow Him.

“The imam was left in disbelief and left without uttering a word,” Namuzungu told Morning Star News. “But the following day, he returned with six other Muslims. Four of them started to destroy my crops, killed my sheep and began to pull down my house.”

Two of the Muslims beat her with sticks and kicked and slapped her, she said. They left when neighbors who heard her cries arrived.

“Shadia started to faint,” said a Christian neighbor who arrived and took her to a medical clinic. “She had deep injuries on her back, both hands, stomach, legs and had swollen eyes.”

He added that after several days in the hospital, she was still unable to walk.

The attacks were the latest of many instances of persecution of Christians in Uganda that Morning Star News has documented.

Uganda’s constitution and other laws provide for religious freedom, including the right to propagate one’s faith and convert from one faith to another. Muslims make up no more than 12% of Uganda’s population, with high concentrations in eastern areas of the country. 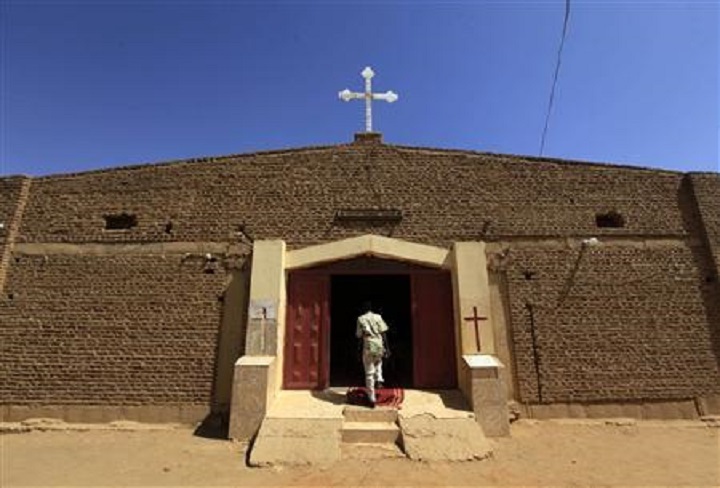