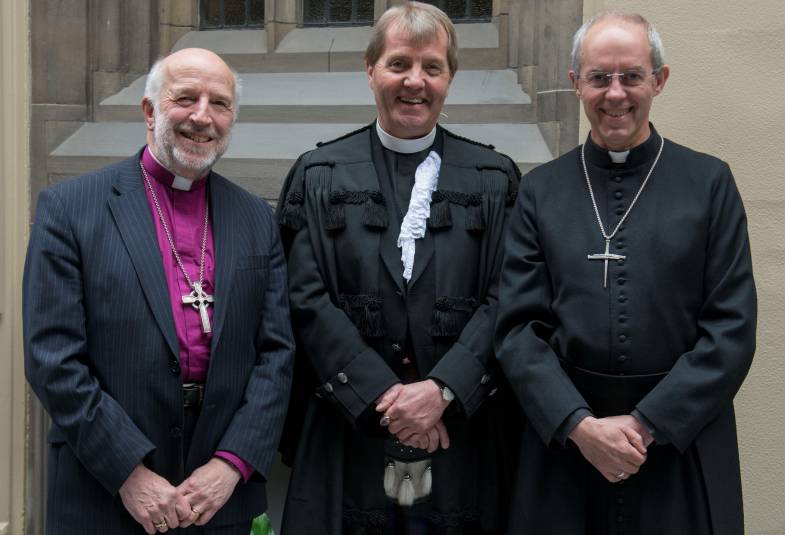 The Archbishop thanked people for being “so supportive” of the Queen, and “so cheerful” while they waited to pay their respects.

He was accompanied by the Archbishop of York, Stephen Cottrell, during his walkabout along the queue.

The Archbishops of Canterbury has been out and about greeting some of the thousands of people waiting in line to see the Queen lying in state.

The queue stretches for miles down the River Thames, with the starting point situated close to Lambeth Palace, the official residence of the Archbishop of Canterbury.

The Queen will lie in state at Westminster Hall over the next four days, 24 hours a day until 6:30am on Monday, the day of her state funeral.

Churches along the route of the queue have been asked to provide practical assistance to people waiting in line.

The Salvation Army is among the organisations providing volunteers to help man the queue and offer assistance.

The Queen’s final journey from Buckingham Palace to Westminster Hall today was watched by tens of thousands of mourners.

During the solemn procession, her coffin was carried on a gun carriage and followed by King Charles III and her other children, as well as Princes William and Harry.

The Archbishop of Canterbury led a short service and said prayers upon the coffin’s arrival at Westminster Hall.